Dr. Brown started his ventures in veterinary medicine by joining Dr. Gillespie at his practice in Brownstown, IN in May of 2000 after graduating from vet school at Purdue University. It was during this time that he decided to become a practice owner. In 2001 Dr. Brown purchased the clinic and married soon-to-be-veterinarian Kim Brown. They settled next to the clinic in Brownstown, while Kim was finishing vet school. In 2003, he merged the practice with Brownstown Animal Hospital. It was this same year that Dr. Kim Brown joined the practice when she graduated from vet school at Purdue.

Animal Hospital of Bedford was started by Dr. Brown and his partners in 2005 on 16th St. in Bedford. This practice continued to grow with both Klent and Kim as the primary doctors. The Browns then became the sole owners of the practice in 2011. In the Spring of 2012 Klent and Kim purchased Stonebrook Animal Hospital in Bedford and merged the 2 locations at the original clinic on 16th St. Dr. Cheryl Bauman was hired at the beginning of 2015 and currently works full time with Dr. Klent and Kim at this location.

In 2007 Dr. Brown and his partners purchased St. Clair veterinary clinic in Scottsburg. Dr. Brown and Kim then became the sole owners of the Scottsburg Clinic in 2011. Since then, Dr. Regan Greene has joined the practice in 2013.

Dr. Klent Brown Sees patients at both clinics while also devoting time to team training and management. The two clinics are run as separate businesses that all 4 of the veterinarians and 17 support staff work together to provide quality service, compassion, and up-to-date medicine and surgery. Dr. Brown’s goal has always been to provide quality service for a competitive price, while trying to continuously improve the care and medicine at each location. Dr. Brown feels that good medicine, quality service, with strong staff and client education are the keys to success. 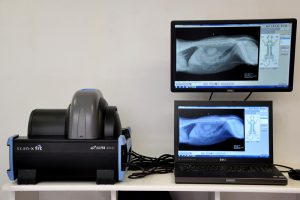 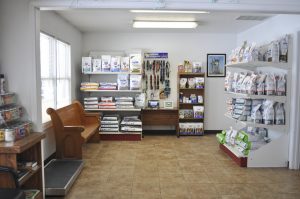 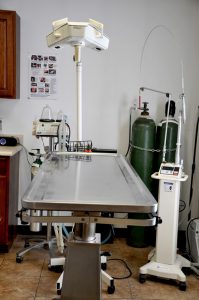 Request Your Appointment Today!
(812) 752-2753
Call Us!
Font Resize
Contrast
Accessibility by WAH
Call Us Text Us